I have a weird name.

Nary a keychain, mug, or shirt has been emblazoned with it. Never was it uttered from the fixed smiling lips of that freaky bee on “Romper Room” (you youngens may have to Google that one), and always, ALWAYS mispronounced during class attendance. Over the years, I have learned to live with, and embrace this assigned identity but have often wondered, did my mother know when she chose this funky, five letter word FOR me, just how much a PART OF ME it would become?  Do any of us know or think about this when we choose the names of our own children? 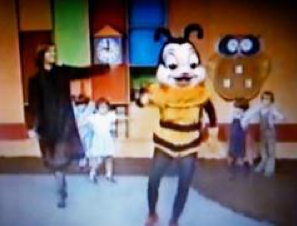 Some weird ass shit goin’ on here, and yet, I felt shunned….
Pregnancy, the very beginning of your journey into motherhood, is like a carnival dunk tank.  It seems sometimes as though there is a line of dickheads just waiting for their turn to take pop shots at you. Self-righteous motherfuckers come out of the woodwork, chucking hardballs of judgement your way in hopes you’ll take that icy plunge into the waters of prenatal insecurity.
And that’s just the start. 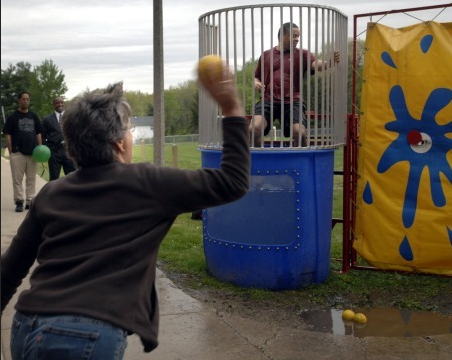 Noooooo! Bastards.
More loaded than Lindsey Lohan behind the wheel,  it’s one of the most popular and baited inquires you’ll encounter during the baby growing process:
“So, have you thought of a name yet…?”
You know where this is going, and although you’ve tossed a gajillion names around in your head, you’re not so sure you want to toss them around to every Tom, Dick, and Harry that asks. From the spelling, to the meaning, to the pronunciation, a half rotten carcass in a cage of starving vultures would probably get picked apart less then any name you might divulge to these assholes. You’re NOT about to press the restart button on this topic just because some jackass expresses their disdain…
…or are you?
Parenting is a fucked up dichotomy.  You want advice, but you don’t.  You’re proud of your choices but are always somewhat insecure.  You’re confident in doing what’s best for your kid, but constantly second guess what exactly that is.  Naming your child is no exception.  It’s one of the more deceptively monumental decisions you’ll make as a parent because, for the most part, it’s something that will stay with your child forever.
So there you are. Thumbing through endless volumes of baby name books, you go around and around asking yourself the same gamut of paranoid questions for each possible contender.
“Does it flow with the last name?”
“Is it too many syllables?”
“Does it have a douchy nickname?”
“Is it too common?”
“Is it too….weird?”
“Can it be spelled a different way?”
“How the fuck is it supposed to be spelled?”
There’s always that *forsaken* name too.  The one that, if it hadn’t belonged to that fucking bitch in high-school, you might actually like. Damn name ruining jerks, cutting the short list down from 20,000 to 19,995… 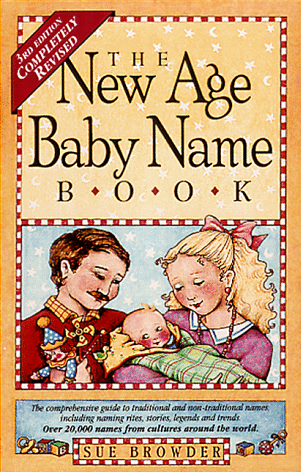 Can someone tell me what the heck a “New Age” name is?!
As I said earlier, I have a weird name.  Maybe it’s made me more aware of the impact that a single word can have on a child and therefore, has tempered my fantastical dreams of choosing a stupid, celebrity-type name that resembles more a piece of furniture, or a made-up color than an actual human being. Maybe having a weird name has strengthened my OWN sense of self. Maybe it doesn’t really matter because frankly, there’s a point in everyone’s life when they despise their own name no matter what the fuck it is.
How important is a name after all…?
I’ve thought about this a lot, and while I DO think that a name can definitely affect a child, after watching my own kids grow and develop into the individuals they are, I’ve realized that this is only partially true.  Whatever name you choose FOR your kid, isn’t the defining force BEHIND your kid.  It doesn’t lessen or enhance their character.  It is simply a word given to a child by a parent, that over the course of their life, and throughout their endeavors, they will make their OWN.
Now, about that middle name……. 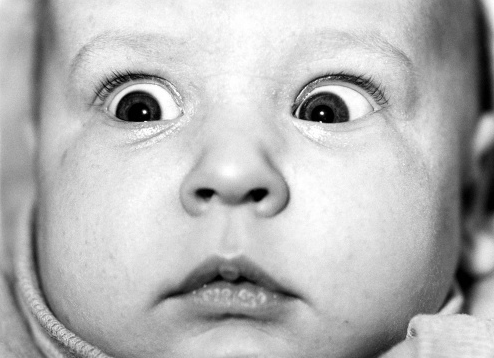